Continuing from the previous post we arrived safely at Hurghada International airport, mostly just by luck and nothing to do with respect towards safety and following rules!

We collect our luggage and proceed to the outside world where a guy from the hotel was waiting for us. No this is not amazing service, this is Egypt. We ordered the guy, so we were pleasantly surprised that he was there waiting for us! But most likely he was late, as he claimed he had not been waiting for long and the time I gave the hotel was the original flight time, but we arrived an hour late! Hmmmmm so he should have been pissed for having to wait for more than an hour!

Anyways we start our drive to Westin Soma Bay, which is about 48km from Hurghada Airport. Neither me nor my husband had been there before so we were pretty excited to see what Egypt had to offer!

The drive there was the usual: super sharp turns at Ferrari speeds(note we had a Kia), life-threatening overtaking, random humongous holes in the road, dead dogs littered all over with crows eating their flesh. Just a normal drive in Egypt…

We were lucky as we had a car with one of those amazing alarms that pling if you drive over 120km/h. The guy obviously had a dream to be a race car driver that he was practicing while driving hotel guests. Unfortunately, for him, he didn’t know how to turn it off and was not in the mood to drive slow, so he kind of just lay there at 118/119.5km/h. Every 4-5 minutes the car would pling, pling, pling, pling and he would sigh, huff and puff, watch the dream of being the next Schumacher disappear and slow down to 119.7km/h.

The last bit of road towards the hotel was the worst. It was littered with speed bumps, and we all know how Egyptians deal with speed bumps! They will trash their cars, drive like maniacs, scratch each others cars at 250km/h, hit people on main roads at extreme speeds, but as soon as a speed bump approaches, it is down to 2km/h and slowly climbing the bump sideways and a little turn the opposite way to slowly roll quietly down the other side of the bump…. It’s like they are hugging a small newborn baby, super carefully! And then full speed as soon as the back wheels come off the bump! So the guy is driving suuuuuper slowly and carefully over the small beautiful, precious bumps and bang, presses the max on the gas petal. In between each bump he managed to get in one pling and then full brakes to slowly meet the next bump! It was literally ‘how to make your passengers throw up in the shortest amount of time’! The speed limit between the bumps was 40km/h so you can probably imagine how comfortable that was!

Anyways, we get to the hotel, check-in and go to our room. Well actually here in Egypt nothing is smooth. We booked a king-bed room and got two twin-beds. The previously booking for my parents-in-law was cancelled by us a week before but the hotel had not received the cancellation yet… Bla bla bla! Important thing is we managed to get a room with a bed!

We were there 4 nights and had booked all-inclusive. This was the first time in my life staying at an all-inclusive hotel, and I looove food so I was super excited. The first day eating was okey, we were trying all new things and figuring out what was on offer. Woke up the second day with extreme diarrhea, sorry for being graphic! And ended up having to eat medicine with each meal to stop the stomach cramps and diarrhea I was getting from the food. Day two we were already bored with the breakfast and were considering skipping lunch… The dinner buffet changed theme each night. Each day getting spectacularly worse! I never in a million years thought I could hate mexican food, but thanks to this hotel, im not sure I can eat a taco again!

We were hoping for a kid friendly hotel… Well it wasnt! The waiters did not know how to deal with children, and that’s fine, im not expecting teachers to serve, but if you don’t know how to deal, leave my child alone. At every meal they would come over and pretend play with my son. This meant taking his plate with food, taking his sippycup, taking his ipad… Of course my son would get hysterical and throw a tantrum… And then they would just continue. Take something else! Those of you with kids know that you DONT mess with kids at meal time!

The playground was made from wood that had not been ‘treated’ well for a while so it was full of potential splinters! It was located in a sandpit with the sand being over 400 degrees. The slides were plastic that was so warm it could cause burns. The seesaw was half-broken so when my son sat on it he pushed something and it broke. He is 2 years old, not a super-gifted muscle mania child! I might be crazy but putting a child playground in the sun, when temperatures hit 40 degrees celsius isn’t the best idea, a little shade would be nice…

We had to take a shuttle bus to the beach, said private beach on the website but forgot to mention you can’t walk! The bus went every 20 minutes. The second day I decided to take the bus back a little early to have some time to relax in the room. I waited and waited and waited and waited. 40 minutes, in a time frame where the bus should have left 3 times. Trust me waiting more than 5 minutes with a tired and cranky 2-year-old is living hell! I wish I could have walked but there was no path to walk, and im not walking along a main road… I love my life! After 50 minutes there were about 10 people from the hotel waiting with me, so the employees at the beach called the bus driver. 5 minutes, he will be here, sorry.

The micro-bus arrives only 1 hour and 5 min late! We get in the bus and a woman shouts at the driver for being so late as she will miss her massage appointment… He winks his eye at her and say ‘ya madam, I was busy you know…’ Wink wink….

Blood cooking at a temperature that can’t be measured…. I was so freaking tired of telling my son to not step on that, not enter the bathroom, not eat that plant, not to drive the golf car… For more than an hour because you were busy?!?

I’m sorry but I’m not going on holiday again in Egypt! It was the most stressful experience ever! Just a short shuttle ride from the hotel to the beach was a living nightmare… There was no where for my son to play as he would fry his skin on the playground they had… He didn’t eat properly as he was terrorized during every meal, and what we did eat messed up all our organs and gave us diarrhea… This was not a nice break but more of an unpaid terrorising expedition!

Thanks for a lovely holiday Egypt… 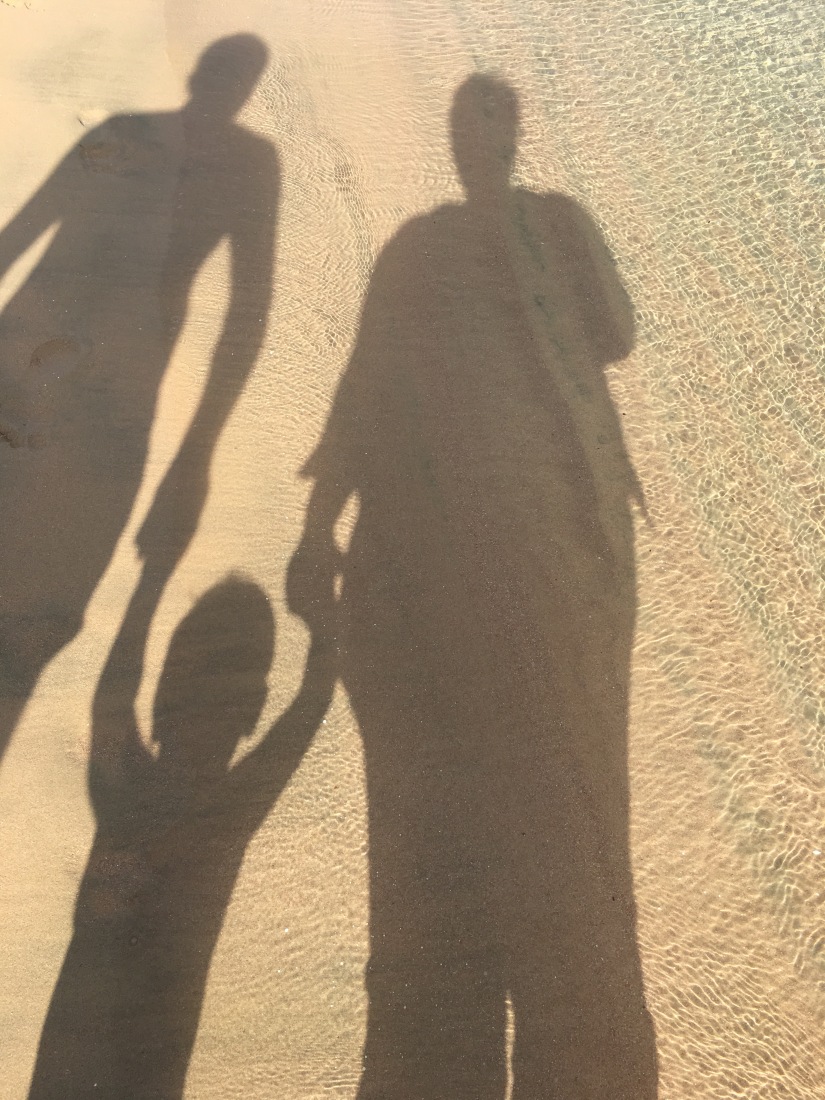 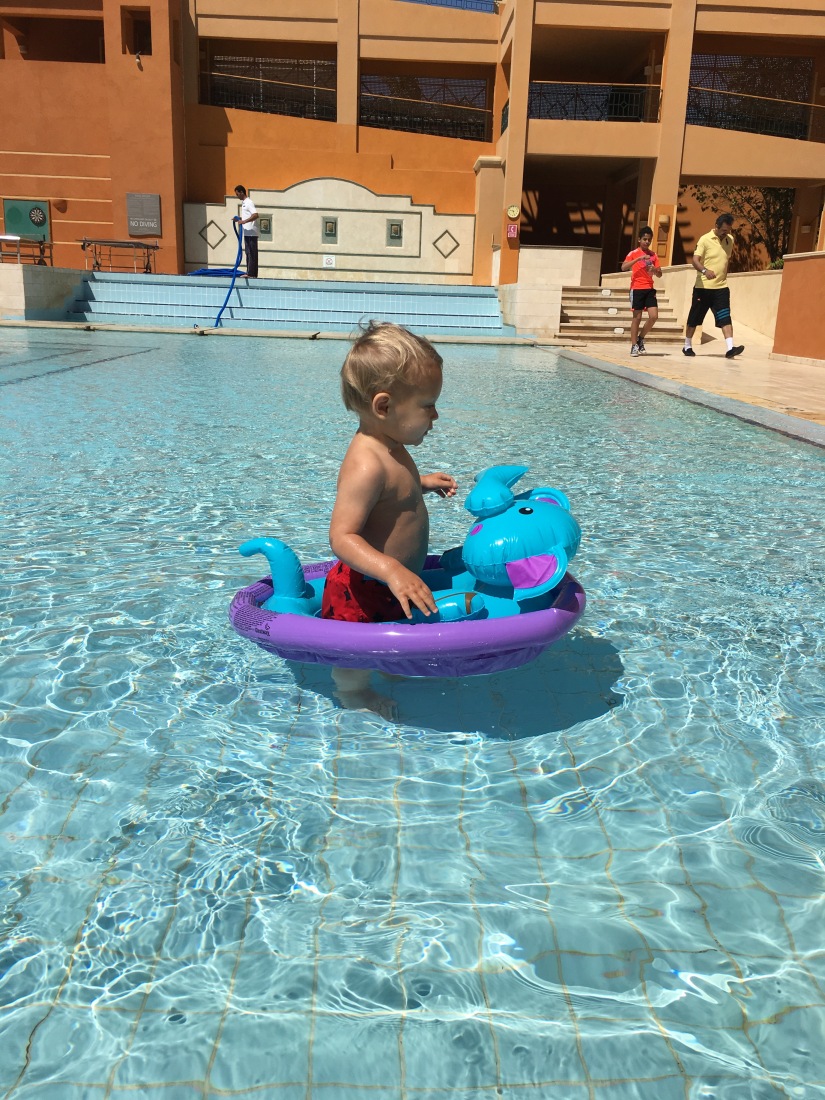 3 thoughts on “Trying To Enjoy A Holiday In Egypt! ”