My whole life I have spent flying home, or flying to visit family, several times a year I would board an aircraft. I never really had a close ‘relationship’ to aircrafts, they were just a method of transportation (a magical one!). I do however remember many many many years ago I got to see the inside of a cockpit… And since then ive just thought of pilots as flying supermen (I seem to have an obsession with supermen!). I’m embarrassed to say some thing I thought about aircrafts were completely wrong..

I used to think that the aircraft has to reach a certain speed and it will automatically start lifting from the runway! Whoops!  I guess that’s why im not a pilot!

I never really understood the loud pling right before take-off and landing… Now I know it means 2 or 10 minutes before landing.. Haha, I know 2 and 10 minutes are not the same but I CAN NEVER remember which one it is.. Another reason why im not a pilot!

The wheels you use to land should be called wheels, right? Nope, its called landing gear?! Wait a gear is something else… It IS wheels, so why don’t we just call it landing wheels? Nope, its landing gear!? Why make sense when you don’t have to?

I always thought you start the aircraft the same way as a car, with a KEY! But NOPE, you need to press a whole lotta buttons for the aircraft engines to start…

And what the HELL is up with ALL THE BUTTONS! Why not just have a start engine button, take off button, landing button and cruise button! There are a million and two buttons…

I guess again that is why im not a pilot! BUT I am however married to a pilot… Anyone who is married to a pilot can relate to this.. Flying is number one (it’s the bomb), the aircraft is the wife, and you are the mistress on the side.. The aircraft is a SHE… Yepp, SHE had an engine failure, SHE experienced turbulence… Now when my husband talks to his friends and tells them, she had a technical problem… Well NO I don’t have technical problems… Its his beautiful wife with 2 or 4 engines, wings and a cockpit!

If you don’t know anything about aircrafts, well you better start learning because you are going to lay on the sofa several evenings talking about engine failures, turbulence situations, possible failures, oxygen masques, emergency landings, landing gear, flaps… YOU ARE going to watch Air crash Investigation as a study lesson… You are going to have to get excited when you see an aircraft.. AND you have to know the difference between a Boeing and Airbus… If your husband flies Airbus, then Airbus is of course the best aircraft in the world and Boeing is crap… You need to know the different sizes of aircraft according to how many engines they have and the size of HER wings! Or else this relationship with your husband, his wife and you will not work! You just need to understand when he talks to you about his flight! FULL STOP!

As a wife of a pilot you do get a few privileges, but this varies from one company to another. Egyptair gives the wife/family of the pilot 6 free international tickets per year. They say free, but it’s not… You have to pay the Egyptian government taxes for your FREE ticket!? Dont, JUST don’t ask me why, I will just reply, its EGYPT! So when my husband has long flight with night stops I can join him (Well up to 6 times for a small fee, and then after that a larger fee!). We did this last month and last week. Both times we went to Johannesburg.

The first trip last month was the first time ive ever flown on a flight with my husband. Johannesburg is 8 hours flying, double crew (YOU need to know what that means!). So that means one captain and one first officer fly the take-off and 3 hours cruise, and then the landing. Another captain and first officer fly the 4 hour cruise. The crew that does not fly has seats in business class.

The two trips to Johannesburg where 2 completely different trips… I don’t want to make this a boring long post, so I will tell you the highlights from both trips!

The first trip my husband was flying take-off and landing to Johannesburg and cruise back to Cairo. We were flying with two religious brotherhood captains. They were super nice, but reserved, because im a FEMALE (oooooh scary!)! As wife of a first officer you get a business class ticket if there is a seat available… But on this flight business class was full. The captain and first officer said it would be a disgrace if I sat in economy, so they gave me one of their seats… And because they were pretty religious they did not want to sit next to me, a woman (Ahhhhhh)!… So there I sat in business, while the captain sat in the cock-pit sleeping and the first officer sat in economy.. AWKWARD, but very comfortable…

The first officer had tried to smuggle a pellet gun under a cake through the security control… I thought pilots needed to be smart, but apparently this guy was a complete dumbass! The security insisted that they screen the cake, but the first officer said he didn’t want to xray his cake! ALARM bells ring in the officer’s head, and they open up to find a gun… The Johannesburg police are called, and the station manager for Egyptair is called… The station manager insists that it’s not a dangerous gun and the first officer needs to get to the flight on time, or we will be delayed… A lot of back and forth and in the end he had to leave both the cake and the gun… Shame about the cake! When he arrived in the cockpit the captain was so angry at him that he insisted on my husband flying with him and not the dumbass first-officer….

So my husband ended up flying the take-off and landing both ways and a large part of the cruise too!And the dumbass first officer tried to smuggle a cake, threw away a cake, made the captain angry, took my husband away from me and slept! So much for working!

The funniest part of that trip though was when we were waiting for the captains in the lobby before the flight back to Cairo. They were 10 minutes late for the crew bus that takes everyone to the airport. The bus doesn’t leave without the pilots, FULL STOP! I mean the plane wont fly with cabin crew making coffee! The concierge of the hotel comes up to me and asks me if im part of the Egyptair crew going to the airport. I told him yes… He then proceeds to tell me the bus is leaving NOW without YOU! HAHAHAHAHAHAHAHAAHA and HAHAAHA and HA…. There aint no bus leaving without me, because my husband standing next to me is a first officer and the other first officer and TWO captains are standing over there… If they think this plane will fly without them, they are mistaken!

Okey this post is getting pretty long and boring so I think is should save the second trip to Johannesburg for the next post! I’m doing this for you, and your eyes, and your mental health! Aint I nice!?

Here are a few pick from my husbands study session… and our wedding photos have finally arrived! 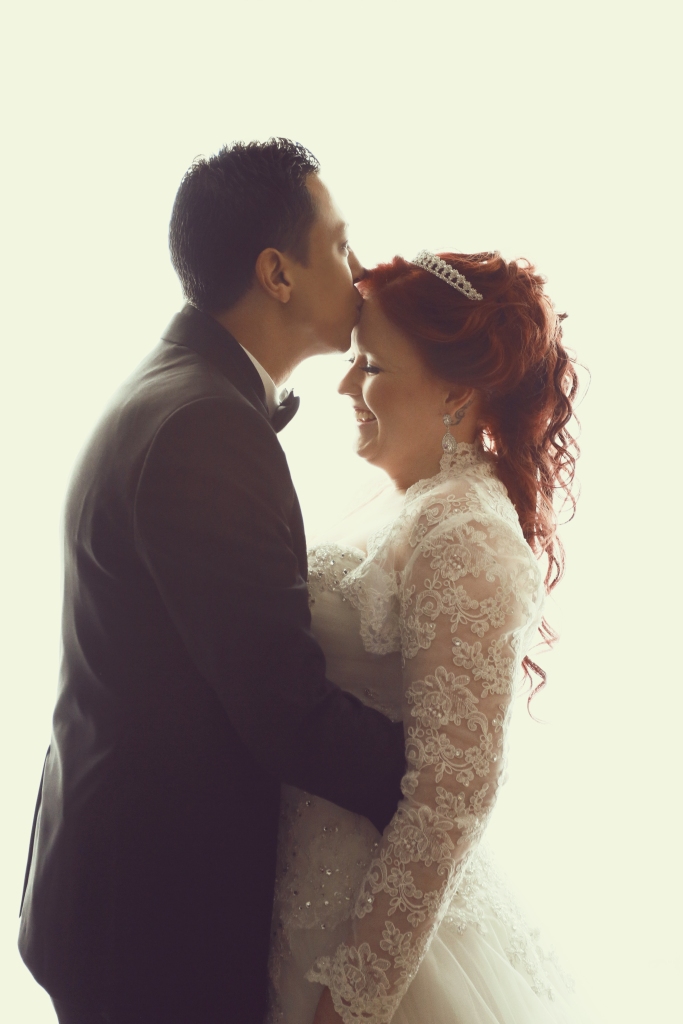 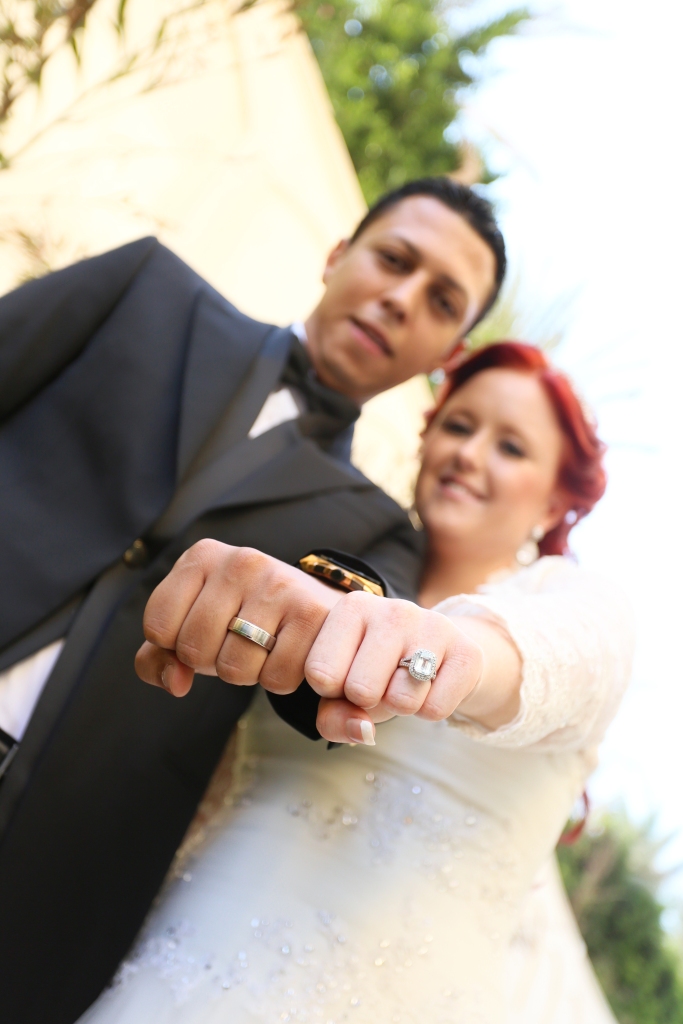 1 thought on “A Pilots Wife, Me And Cockpit Drama!”