AND IM BACK IN BUSINESS!!! I’ve had sooo many things to write about but I wanted the first post of the new year to be: IM PREGNANT!

So I recently found out I was pregnant. From the start we have always said that ill give birth in Norway, as Egypt is not exactly known for its super clean hospitals and amazing doctors.. Actually that’s not true, many of the best doctors in the world are Egyptian BUT, here’s the BIG BUT, if they are good they leave Egypt… I’ve heard quite a lot of horror stories from doctors experiences here in Egypt, and from the way Egyptian consume antibiotics and medicine, I think it’s a good choice not to rely on any doctor here… The Egyptians also have this weird attitude towards doctors… If anyone is sick, OFF TO THE DOCTOR! Straight away! We are talking a little sniff in the nose, off we go… And you NEVER leave the doctor’s office without at least 2 types of antibiotics, a few other pills and an injection! Its insane, ive been to the doctors two times here, and both times I left with my hands and body full of medicines. They also seem to think that doctors are a form of God… If ANYTHING, I mean ANYTHING is wrong, just jet off to the doctor and he will fix it! I have been sick quite a few times, stomach problems and pretty bad colds with ear infections, but nearly every time it has fixed itself, but the worst part of being sick is dealing with everyone around you: have you been TO THE DOCTOR, YOU HAVE TO GO TO THE DOCTOR, WHEN WILL YOU GO TO THE DOCTOR…. The thousands of people telling me I HAVE TO go to the doctor was worse than actually being sick..

Another weird thing in Egypt is that if someone is sick, EVERYONE in the family comes to visit… AWKWARD! I mean when im sick, IM SICK, which means greasy hair, make up all over my face, pyjamas on and I honestly (I know this sounds crazy!?) DONT want to see anyone… I don’t want hundreds of random family members coming to look at me, a sick person, as if im in a zoo!?

Anyways a friend of my husband recently has twins and when I spoke to her about the birth here in Egypt, she told me she had a cesarean 2 month before she had gone full term… I was shocked to hear that the doctor had pulled out her babies 2 months premature, when nothing was wrong… But she said this was completely normal… In Egypt they never let twins go to full term and always have a c-section… This sounds like, I don’t even know, just absolutely crazy and DANGEROUS!? I mean whats the point of going 9 months pregnant when you can cut it short and make it 7 months, aaaah sounds much better! Who cares if the babies die?!

Anyways my husband and I agreed we would find a doctor here in Egypt to have as a back-up, a few checks and have the main doctor and ultrasound appointments in Norway, and then give birth in Norway. So we started searching for a decent doctor in the area. We were going to go to Dar-El Fouad hospital but its on the other side of Cairo and it would nearly be as difficult to get there as Norway, we are talking traffic chaos insanos! My husband then got a call from one of his best friends who just found out his wife was pregnant. She was about a month behind me… She had already been to the doctors twice!?? I’ve been pregnant for 2 months and still not seen a doctor!? Id love to know what the doctor has done for her those 2 times… Anyways the doctor she was seeing was a man! Now Egypt is full of perverts.. I mean full, bursting at the seams, and the best thing for a pervert to do is become a gynecologist… There is no way in HELL, OR IN EGYPT, im going to a man! Not when ive heard the things the young gynecologist think and say about their patients, its gross! And honestly I find it very weird that a quite religious and veiled woman would go to a male gynecologist… I mean that is the most private area on your whole body, so to show a guy this… Nope… Anyways the crazy thing is that this doctor she has isn’t even a sane doctor… He is absolutely bonkers, crazy, maybe even stupid! She told him at her last appointment that she lives on the third floor without an elevator.. The doctor was shocked and horrified, that this poor pregnant woman didn’t have an elevator!? NO NO NO NO NO, this is sooo dangerous, you must move out immediately… She has now left her husband and her marital home and moved BACK in with her parents where they have an elevator… This is where she will stay until she has had her baby… WE ARE TALKING 9 MONTHS… not 9 weeks, or 9 days, ITS 9 FREAKING MONTHS! So you get pregnant and leave your husband?! She also can’t clean or make food now that she is pregnant (according to the doctor) so it’s a good thing she’s at her parents home, so they can cook for her…. Honestly pregnant woman arent handicapped, they are PREGNANT!!!

Another thing that many people in Egypt believe, and the doctors actually tell their patients is that cats will kill your unborn child… CATS will cause you to miscarry… The end, full stop… Throw out your cat as soon as you get pregnant, you cannot have a cat and be pregnant! I know that there is something in the cat litter that can be harmful to a pregnant woman, but that does not mean you SHOULD throw your cat away!?? Just have your husband clean the litter tray!?

My husbands mum was forced to induce labour at 8 months because the doctor was travelling… NOPE im completely serious… The doctor she had been seeing for 8 months was going on holiday the month she was due, so he induced labour 1 month early to ‘finish’ her off before he left… WHERE does the safety of the unborn baby come into this little story? Whatever is better for the doctor will BE! The end.. She also mentioned she had to fight for a natural birth… The doctors here prefer cesarean because they can plan their day around it… They also get a lot more money than a natural birth, because after all it is an OPERATION! BUT as long as the doctor is happy, that’s all that matters, not that the baby is healthy, nor that the mother is okey… AS LONG as the doctor can plan when to eat his lunch according to his patients having cesarean, then the world will be a better place!

The last thing a lot of people tell you is that you are now eating for 2! I have a fetus the size of a mexican bean and you want me to eat for two people, you’re talking 3000 calories!??! WHAT, are you insane? According to REAL doctors you only need a few extra calories in the first 3 months… We are talking the size of an apple, or a chocolate bar… Every single time I have a meal and im around someone Egyptian, they will tell me to eat another portion, as im now eating for two… This is very annoying! Especially when every time I think about food I want to throw up and every other meal I eat, I actually do throw up!? Do you want me to THROW UP for two also? I’m sorry but ill eat for one and split the calories… JUST DEAL WITH IT! I do not want to end up weighing 350 Kilos at the end of my pregnancy because I was eating for my whole future family!

Here are some photos of christmas and new years eve in Norway! 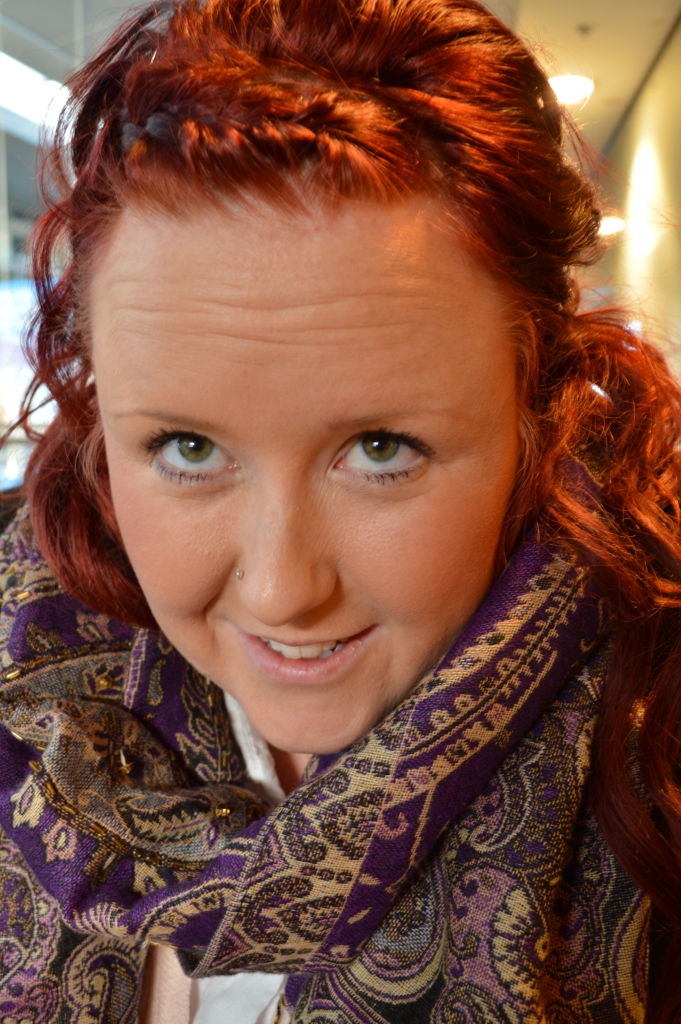 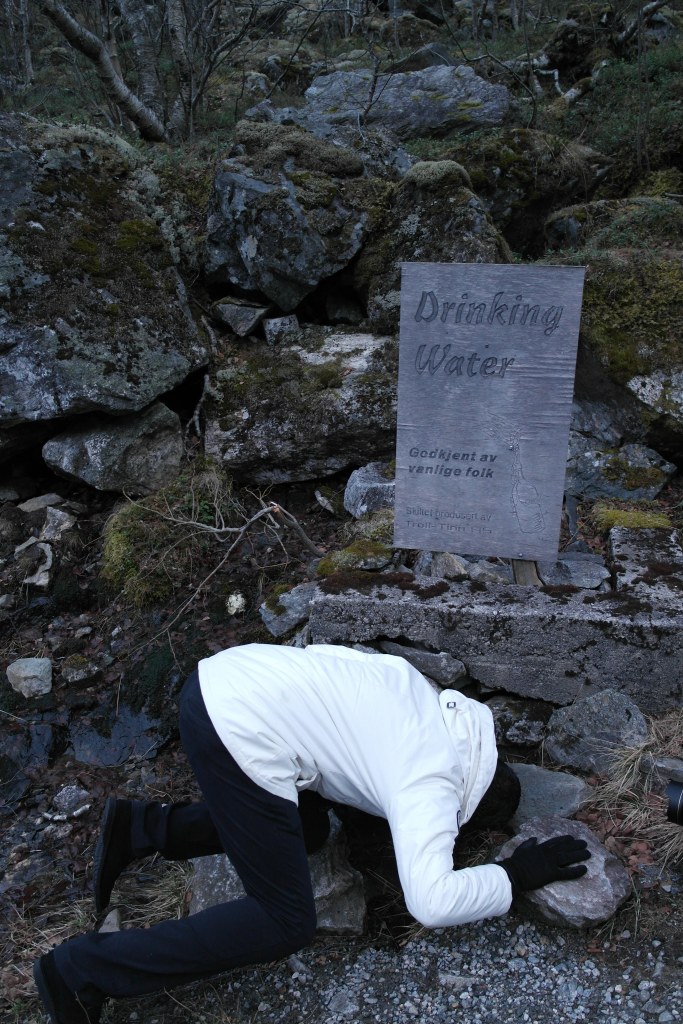