For the last few months there has been a business plan developing. I’ve always wanted to have my own business and always dreamed that one day ill be brave enough (and have enough cash, of course) to do it!

This day has arrived.

I’ve always been interested in nails and have done my own acrylic nails since I was 16, and had them done professionally in salons in many different countries. So when I arrived to Egypt and saw how cheap it was here, I thought Id hit the jackpot and could have acrylic nails for the rest of my life… I’ve had them done 4 times so far and not once have I been happy with the result and the last time I got them done about 3 months ago, I just thought enough is enough, does nobody know how to do nails in this country? And customer service, you ever heard of this?

Just to name a few of the problems I encountered the last time I visited a nail salon here in Egypt. There were 5 people standing at the reception of the nail salon when I entered. Not one person greeted me and I ended up standing for about 6 minutes before I had to inform them that I had arrived. My appointment was not in their system (which was just a scribbly note-book!) and they told me to go sit anywhere… Thanks for showing me to my seat! I, THE CUSTOMER, waited for the nail technician to finish what she was doing on her phone to serve me. I told her I want acrylic nails done quite long with french manicure. She tells me: NO I cannot do this, you want french then they will be short, you want long then they will be a colour… I mean honestly what do you say when this is the attitude of the woman giving you a service… If she says no, then i guess it means no… There are so many things wrong that I just don’t know how to react… NUMBER ONE rule is the customer is always right, and you never say NO to a customer… I mean I can do french manicure on myself at home then, if you’re not willing to offer me this… Anyways long story short, going to this nail salon made me want to leave the country, that’s how depressing the experience was… The place was extremely dirty even though they had 2 cleaners just standing around staring at the customers… The workers were talking shit about the owner who was sat further in in the salon doing her eyebrows… The poor girl (customer!!) sat next to me was asked more than 5 times to pass the nail technician stuff that was out of her reach such as paper towels… And the worst part was none of the equipment was sterilised, and the nail file she used on me was so worn that it didn’t file. Yet she managed to rip my skin on 3 different fingers and make me bleed. She asked for a new nail file and they checked but didn’t have anymore in stock… YES, YES, YES, you heard right, the NAIL salon didn’t have anymore NAIL FILES in stock… All my nails were different thickness, and different length and it honestly looked like my son had done them, plus I was bleeding… Not a pleasant experience…

This is when my husband suggested I open my own place… I know this sounds crazy, and it probably is, but I’m sooo freaking excited! Now as you all know I’m still in Egypt… And doing ANYTHING in Egypt is like fighting world war 3… The saying that what doesn’t kill you only makes you stronger does not apply here in Egypt.. What doesn’t kill you, just sucks all the life out of your system and makes you want to go hide in a dark room for weeks… It makes you a miserable, depressed person, not stronger at all, just a lot weaker will a lot less will to do anything except stay at home and never face another Egyptian! Except my husband! Hahaha!

So we have found the location of the place after searching long and hard! And we recently had interviews to find some people we can train. I’m not going to open a nail salon here in Egypt the way everyone else does… Find a nail technician that has no education and only experience and let her teach all the new employees. Outside Egypt its an actual degree, you study it and get a diploma… You don’t just go with the flow and hope you learn by fucking up loads of people’s nails!?

So we put an ad in the main newspaper here in Egypt as well as some smaller newspapers. The locking myself in a dark room experience started as soon as the ad was printed. In total we received about 60-70 calls. YEPP thats alot! Now lets break it down for you.. This is Egypt.. You ready?

90% of the calls were the male species calling to find a wife/some fun, after all its a nail salon and the owner will probably be a women.. Can you imagine their shock when my husband answered!

3% of the calls were people wanting to know the salary we were planning on paying our employees… Not interested, just nosey…

2% of the calls were people playing ‘lets call the person and hang up when they say hi’ game… It was very funny, we laughed alot when they called, we said hi and they hung up! HAHAHAHAHAHA get a freaking life! Or a JOB maybe!

1% of the calls were people who were kind of interested in the job.

Most of the people who replied to the Facebook ad I posted were expecting a million dollars in salary even though they had no training… One woman asked me about the salary and when I replied she told me this  was way too low as she has some experience and is a foreigner. I asked her what experience: Filing and cutting nails.. WOW hold your horses woman why didn’t you tell me about your magnificent resume with this amazing talent! I would have offered you an amazing salary if I knew you could CUT AND FILE NAILS… Wow… Oh and she expected a better salary because she was from Kenya, much better than Egyptians (her exact words!).. I didn’t realise I was hiring a passport, I swear last time I checked it was the service that was important in a nail salon, not the passport of the woman doing your nails!

So we managed to gather 3 Egyptian girls for the interviews and found one Philippine girl who was interested. We set up all the interviews for one day in a cafe.

This is how the day was planned:

12:00 – An Egyptian woman was supposed to be interviewed. !5 minutes late WE called her. She was on her way but running late… She arrived 30 minutes LATE for the freaking JOB interview!

13:00 – Another Egyptian woman was supposed to be interviewed. 25 minutes later we called her, she is on her way but will be there in one hour! YEEEES, one hour after 25 minutes ALREADY late!

14:00 – We had the last appointment for the day with another Egyptian woman. We decided to wait until 15 minutes past for both the previous extremely late woman and the one due at 14.

14:10 – No sign of anyone. WE called the super late woman from 13:00 and told her we are leaving…Noooo No wait please, I’m just around the corner from your office in Rabaa (which is more than 30 minuter from our location!!). You will not be here in 10 minutes because we are in Rehab (Our location). Oh wait are you not ‘something electrics’…. No we are a nail studio… Oh then I’m sorry its my misunderstanding, I thought you were another business… Thank you but im not interested in working in a nail salon… WOW WOW WOW, thank you your HIGHNESS! If you weren’t interested why did you call us and arrange an interview, HUH??? I mean I don’t know whether to laugh or cry…

By the way, we didn’t call the woman due to arrive at 14:00 for her appointment and we NEVER got a call from her, which means she never showed up.

Yesterday we had another interview planned for 12:00 at the same cafe. I told my husband to call her one hour before to make sure we don’t get dressed, leave our home and she ends up coming late or something… My husband calls her…. Oh I was just going to call you but I have some stuff to do today so let’s make the interview tomorrow… OH WOW, Im sorry again YOUR HIGHNESS for making the interview at such an INCONVENIENT time for you… Please do let me know when I can be at your service for the next interview… HOW about we reschedule for F*** YOU O’CLOCK AND SCREW YOU AND THE JOB YOU WILL NEVER EVER GET!

So to summarise what happened during the interviews of the people who actually made it…. NOBODY brought a CV… NOONE was dressed appropriately for an interview… The only Egyptian that came didn’t want to work with nails, she had come to be interviewed for the job as a MANAGER of the salon… She had no whatsapp, snapchat, facebook, instagram, email or ANY experience with technology and she wants to manage the salon… Hmmm, she obviously can’t read either because in the ad we were looking for nail technician, not one word about a manager. The Philippine woman came with her sister and a friend and a 5-month old baby… She said they were also interested in working for us, so we could interview them too. Her friend with the 5-month old baby didn’t think the salary was enough and was expecting us to provide accommodation, even though she didn’t have any experience… You know what, I want a BENTLEY, but hey life is unfair… We are a nail salon not a hotel… Her sister was not interested at all and the girl I interviewed that was the one set up for an interview was perfect for the job except she had no professional experience, smoked, was telling ME what salary she would expect (even though she had no training!), would expect ME to pay for transport, comes ONE AND A HALF HOUR late to the interview and says she was late because she was picking up her friends… And then brings her whole family to the interview.. On top of that, she actually has a residency visa that states: NOT ALLOWED TO WORK! The perfect candidate! One Egyptian didn’t show up, another one went to the wrong interview, and the last one found the interview time  SHE had arranged to be inconvenient for her because she had OTHER STUFF to do…

Okay, see you later I’m going to the dark room to hide and ill come back out when Egypt is a place with roses and butterflies and the employees respect the employers, and people actually want the job they apply for… And come to the interview prepared, or actually just FREAKING come to the interview.. If you cant get your ass in gear and go to an interview, how do you expect to get a job?

Ahhhh dark room with no Egyptians I have missed you…

On a happier note, here are a few more pictures from our recent Abu Dhabi, Dubai holiday! 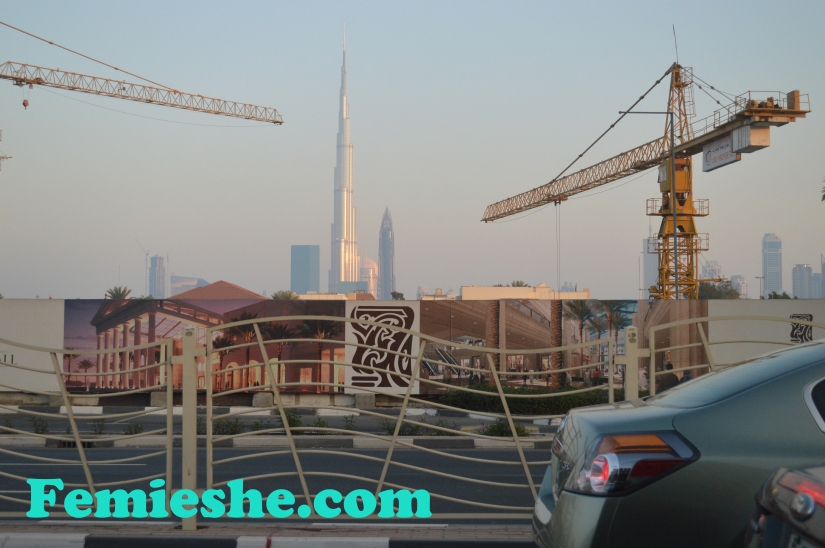 14 thoughts on “How Egyptians Do (Or Rather Don’t) Do Interviews! The Reason Behind Unemployment in Egypt…”